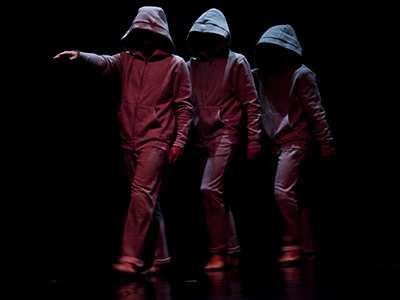 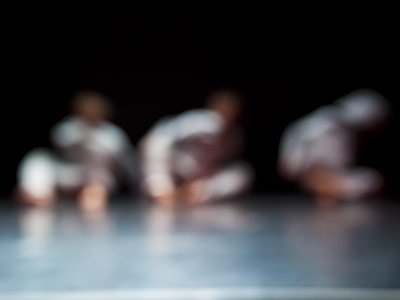 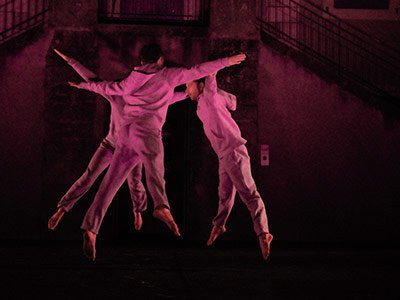 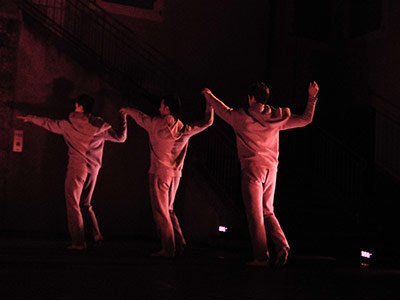 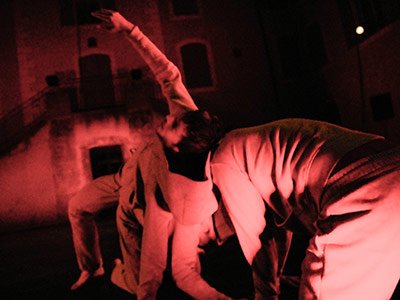 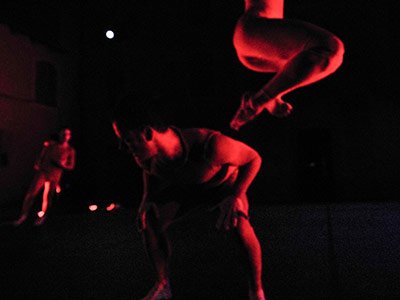 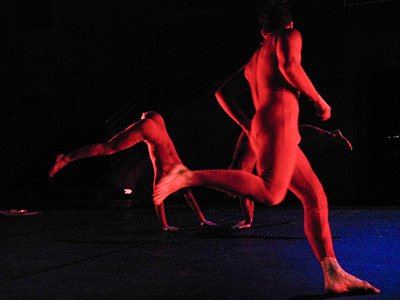 A production that tells only of the continuous flow of the bodies which compose it ; their trajectories, their intertwining, their interactions, (re)pelling, (re)treating, (re)placing, (re)taining, (re)posing… By exploring all forms of motion (rolling, walking, running, jumping, crawling), we evoke the human body’s inexhaustible capacity to move forward, to evade, to extricate itself, to evolve, to scan space… Accumulations, repetitions, transformations, variations : such are the rules of the game in order to construct and deconstruct a continuum of movement ad infinitum.

« It is an exciting and inspiring fact, which cannot be reduced to a simple display of local patriotism, that the people’s choice award was awarded to the Compagnie épiderme for (re)flux. Nicolas Hubert has created a piece in which strength and extreme artistic intelligence blend into the flow of the bodies that compose it... A choreographer whose work is accessible but also extremely subtle... he has all it takes to make an impression on the public and to intrigue the professionals. His work is definitely worth following ! » Smaranda Olcese / www.paris-art.com - December 2012

« Without wallowing in simplicity, (re)flux confronts bodies by using the basic grammar of dance... Music and dance form an ideal couple, they are elements of the same puzzle that is transformed into a game of illusions..., an ever-changing present. » Laëtitia Giry / Le Petit Bulletin - October 2012

« The magnificent thing about Nicolas Hubert’s dance is that it provides pleasure... Supported by the live music of Bertrand Blessing and the lighting creations of Sébastien Merlin, the dance expresses itself in pure simplicity through this complicit trio of dancers. » Prune Vellot / Les Affiches de Grenoble - September 28th 2012