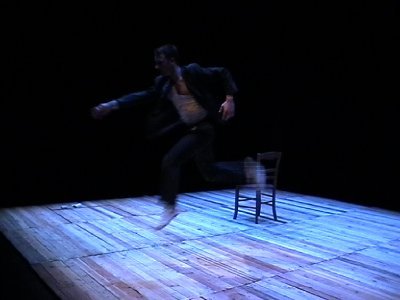 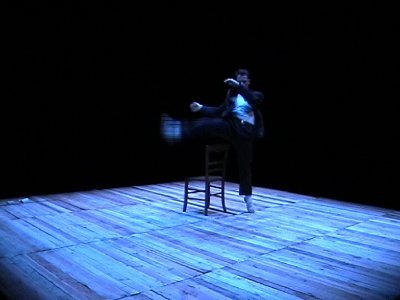 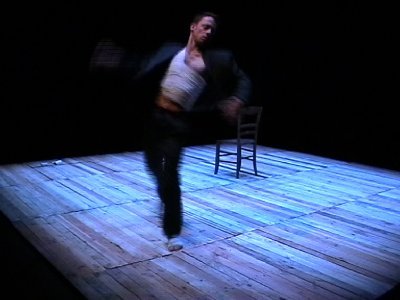 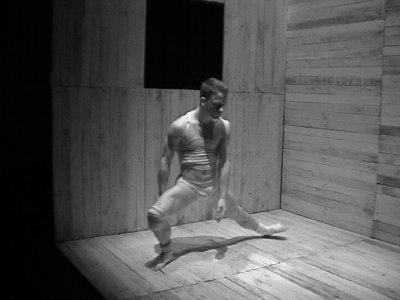 The performance is a solo, so it tells of solitude. It spreads and expands over many spaces, many territories, But it’s always one and the same wandering, Around the search for an identity that must be found or reclaimed, That can never be obtained. It’s a quest to find oneself, sometimes playful, sometimes dismayed.

At the beginning of this work we see the desire to give substance to a weak, rickety character, whose essence lies in imbalance – influenced by Molloy, Beckett’s character, ideally confused in the perception of his own body, with his faltering limbs and missing toes. Later we witness a work which is on the limits of scenographic space, where the metric constraints reflect the character’s mental constraints.